Great work ! My Fulcrum is still waiting for being finished.

I choosed "746" for my aircraft, so we got different fighters, puuh.

I wish I had a week to myself so I could complete mine... *sigh* 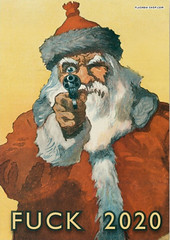 Luftwaffe ~Mig 29UB 2 seater trainer. Y-Modelle 1/87 resin kit.
This was supposed to be a Slovakian Mig 29UB but problems getting hold of some decals forced me to change it to the Luftwaffe version. I have removed the chaff dispensers on the wings and added a periscope over the second cockpit but everything else is as found in the kit.

USAF MH53E Pave Low. 1/87 Roco plastic kit with added resin parts from ArsenalM, Photo etch from PK Militaria and custom built resin nose radar by Herr Buschmann.
Big thank you to Norman with his help in making the radar and to Steffen Erdmann for sourcing the kit and resin extras.

You're welcome, especially when I see what you did with the basic kit

Hi All. I have been working on trying to put some lights into the ArsenalM Typhoon and as this was my first attempt at this I have tried to keep it simple. In talking to the supplier of the Pico LEDs I discovered that to get the correct strobe lighting and even engine glow you need a small circuit board but the size of the space inside the model put an end to that idea. You could have the circuit board as an exterior element but then there would be to many wires to hide for each light. So in the end I just had the wing tip lights and fuselage lights but no flashing effect which allowed me to hide the power wire down the undercarriage and through the wheels to keep it hidden. Not sure if I would try this again in a hurry as it creates lots of problems when assembling the kit such as where to hide wires, the centre of gravity of the model and the glue dissolving the plastic covering of the wires. But here are the pictures of what I finished up with.

Next model from your "assembly line" and, as always, perfectly done.
Great idea with the lights